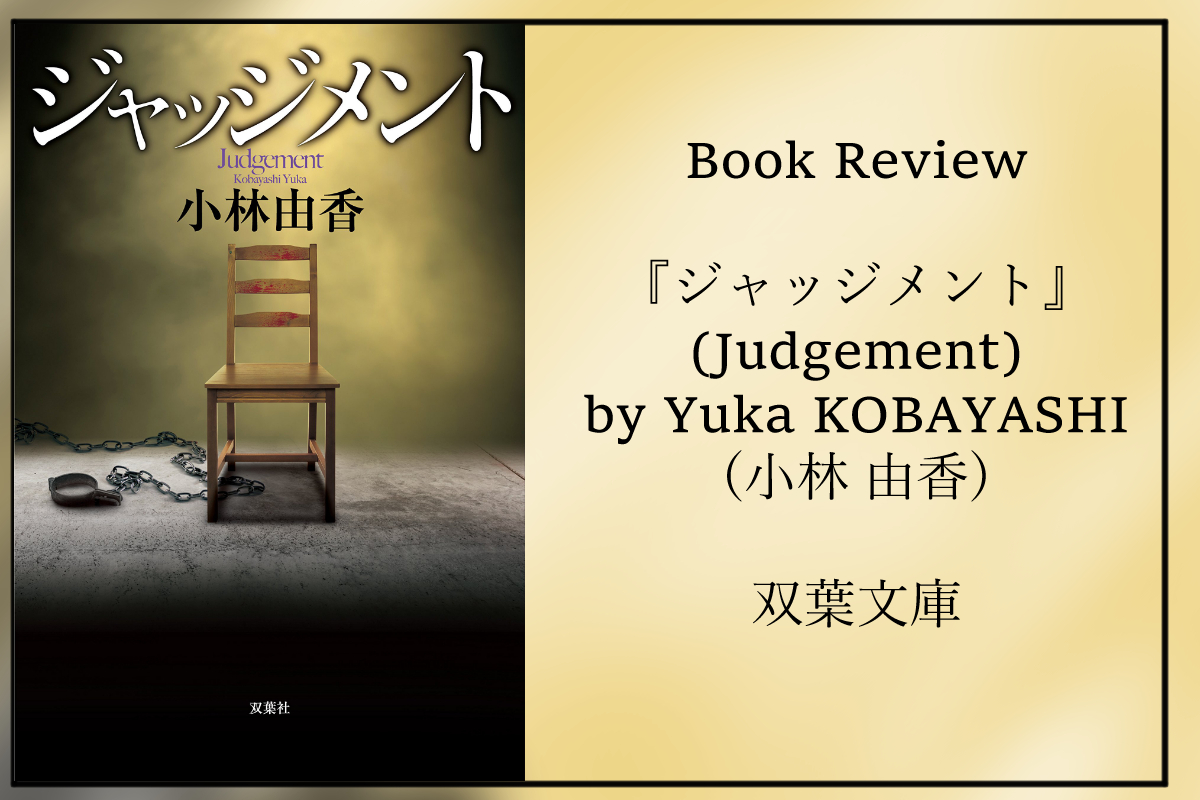 『ジャッジメント』is Yuka KOBAYASHI’s first novel. It is a short novel of 284 pages. While it has a single narrator that evolves throughout the chapters, each of the five chapters is devoted to a different and independent story.

The story is set in a fictive Japan where two justice systems coexist. The law as it is now, and the law of retaliation that was implemented to respond to the increase of violent crimes in the last years. The injured party (mostly, the family of the victim) can choose between the two systems. If they choose the law of retaliation, they can avenge themselves on the guilty party in a special facility for executions. Our narrator, Ayano TORITANI, works there. He is in charge of the injured party, follows them as they make their choice and supervises the execution.

Why I loved it

I chose this book because I like reading novels about justice and morality, particularly novels that question the death penalty. By creating a fictional setting where the law of retaliation is implemented, Yuka KOBAYASHI initiates interesting discussions about what is right and what is a good justice.

While the setting and the cover made me think that the novel would contain elements of violence, this book is not at all a horror story. On the contrary, the novel uses the themes of vengeance and retribution to analyse the complexity of human relationships, especially inside the family. I was surprised to see that the book has much more depth than I expected.

The five stories are told from the point of view of the victim’s family or close relations. I found each of the story very sad, and the book is certainly not a light-hearted read. While it reads like a page-turner, I often had to close the book and take a break!

This book is thought-provoking and won’t leave you indifferent. I was sometimes sad, sometimes angry, and I sometimes wished that the characters had made another choice. In any case, I loved 『ジャッジメント』and I will certainly read Yuka KOBAYASHI’s second novel 『罪人が祈るとき』.