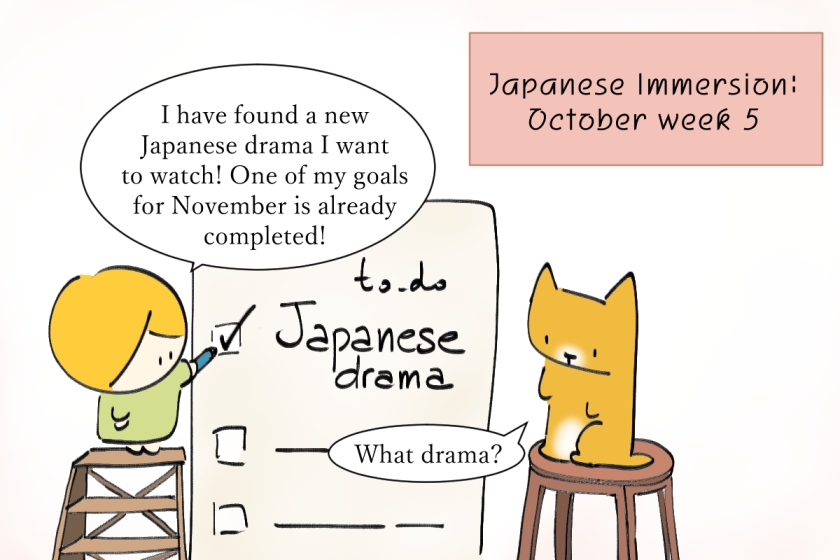 As I mentioned on Monday, I have finished watching the 10 episodes drama 『シグナル 長期未解決事件捜査班』and I have started a new one this week! I also continued reading the political magazine Sapio.

I have watched maybe 4 or 5 Korean drama entirely in my life and started dozens of them without being able to make it through the first episode. Korean dramas are not for me, even though the story of most of them appeals to me, I just don’t like watching them.

The same happened for the drama “Signal” when I tried watching the Korean original version when it came out. I have watched I think 3 episodes, but I found most of the scenes too long and the main character irritating. These and other little things made me give up this highly acclaimed, suspenseful and remarkably well-written drama. 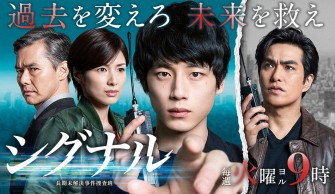 The Japanese remake is a condensed version of the Korean one. While the Korean version has 16 episodes of 1 hour (more or less), the Japanese remake has only 10 episodes of 45 minutes. I felt that the remake had kept the best of the drama (the story) and compressed everything else, especially the action scenes or the sentimental ones. I can understand that some people like the Korean version better because they like having such scenes in a drama. But to me, the Japanese remake was perfect. The main character, the profiler Saegusa, was also more modest or less arrogant than his Korean counterpart, another point that I appreciated.

I recommend the Japanese remake of “Signal”, most of all because it has a fantastic story. While a team is working on unsolved cases in 2018, a mysterious walkie talkie allows one of the team, the profiler Saegusa, to communicate with a police officer living at the time the murders occurred. Of course, changing anything in the past has repercussions in the present. I found that the intrications between past and present were extremely well thought, resulting in a suspenseful and original investigation drama. 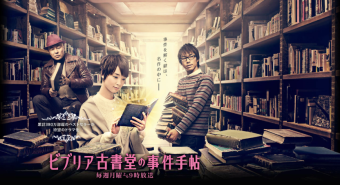 One of my November goals, which was to find a new drama to watch, is already achieved thanks to v0x (from polyphonic v0x) who recommended 『ビブリア古書堂の事件手帖』to me.

『ビブリア古書堂の事件手帖』is originally a series of light mystery novels by En MIKAMI (三上延). The drama is an adaptation of the first 4 volumes of this series, starring Ayame GORIKI (剛力 彩芽) as the owner of an impressive antiquarian bookshop.

When I heard that the drama was about solving mysteries resolving around literature and books, I immediately felt that this was a drama for me. I watched the first episode and loved it!

I liked the characters, the actors, the story, the mystery in it and the humour. But what really surprised me is how easy it was to understand. I am not saying that I understand everything the first time I hear it, but I can understand almost everything if I listen to it several times. That is because the characters speak so clearly. Particularly, Ayame GORIKI has a way of speaking that is a real pleasure to listen to. She speaks slowly enough, pronounces all the sounds clearly and has an agreeable voice too. I felt greatly encouraged when I watched the first episode and realised that I could understand most of it without subtitles.

I think that I will use this drama to study like I did with シグナル because I feel that doing it improved my listening a lot.

I am also curious about the light novels, maybe I will get one of them! Anyway, I am very grateful to v0x for the recommendation!

I am still reading the issue 9.10 2018 of the magazine Sapio about the Emperor of Japan.

The article I read this week was written by historian Ikuhiko HATA and was about Emperor Hirohito. Ikuhito HATA is a renowned historian, but also a polemic one.  I don’t know much about him though, except that he minimises the extent of the massacre of Nanking and the comfort women issue by giving numbers of victims that are far below the ones usually cited. For example, he states that 30,000 persons were killed in Nanking, while Iris Chang, the author of The Rape of Nanking, gives the figure of 300,000. As for the comfort women issue, he protested with other historians against an American publisher who stated that there were 200,000 comfort women. Ikuhito HATA gives the figure of only 20,000. He also said incredible things like, “Prostitutes have existed at every time in human history, so I do not believe that comfort women are a special category“.

With this in mind, I read his article on Emperor Hirohito. If I understood it correctly, this article tends to show that Hirohito was powerless in front of the military and the cabinet. As a consequence, his attempts to favour diplomacy over military action were not taken into account, what the Emperor said was regarded as mere “感想” but didn’t have any political repercussion.

On September 6th, 1941, three months before the attack on Pearl Harbor, the cabinet held a meeting in the presence of Hirohito to discuss the attitude to adopt against the American. During this meeting, Hirohito tried to seek a resolution via diplomacy (instead of military attack), but “明らかに天皇の意向が無視されている”:

The whole article then shows that what the Emperor said was not always taken into account. One picture has the caption “軍部は天皇の意向にしたがわないことも多かった”. So even the army was not always following the intention of the Emperor.

Worse, the Emperor’s words are used by politicians as they please, following it when it goes in their direction and ignoring it when it does not. Hata says, “戦前のエリートたちは、天皇の言葉を都合よく使い分けていたのである。” and “石も左も、自分に都合のよい天皇の発言は利用し、気に入らない発言はなかったことにする。その点については、戦前も戦後もあまり変わっていない”

This image of an Emperor preaching for diplomacy in vain, ignored by the cabinet and the army, is far from the Emperor Herbert P. Bix describes in his biography Hirohito, and the Making of Modern Japan, that I am currently reading. I haven’t reached WWII, not even the Sino-Japanese war, but Bix says in the introduction, “From late 1937 onward Hirohito gradually became a real war leader, influencing the planning, strategy, and conduct of operations in China and participating in the appointment and promotion of the highest generals and admirals. From late 1940, when more efficient decision-making machinery was in place, he made important contributions during each stage of policy review, culminating in the opening of hostilities against the United States and Great Britain in December 1941. (…) Slowly but surely he became caught up in the fever of territorial expansion and war.” (p. 12).

Hata follows what Hirohito himself said after the war, namely that he tried in vain to prevent war but could not succeed for constitutional reasons. Bix cites the Emperor’s words, “As a constitutional monarch under a constitutional government, I could not avoid approving the decision of the Tojo cabinet at the time of the opening of hostilities” (p.3). This echoes Hata’s statement cited above “立憲君主制の主旨からすれば、たとえ天皇の発言があっても、決定に影響を与えない「感想」として扱われたのである”. But Bix continues by saying “They (Hirohito and his aides) skillfully crafted a text designed to lead to the conclusion that he had always been a British-style constitutional monarch and a pacifist. Hirohito omitted mention of how he and his aides had helped the military to become an enormously powerful political force pushing for arms expansion (…). He was silent too about how he had encouraged the belligerency of his people by serving as an active ideological focus of a new emperor-centred nationalism that had grown up around him”(p.4)

I find it absolutely stimulating to compare what historians like Hata and Bix say about the emperor. I am glad to be able to read such articles in Japanese because I was curious to see how conservative historians in Japan presents the history of their country. I still have a lot of work to do to be able to read History books in Japanese, but I felt that this article was the first step!

This part ended up being much longer than planned 😅.

Thank you for reading, have a nice weekend!