『日本語びいき』 is definitely one of my best books of the year! The author, Yumi SHIMIZU (清水由美), is teaching Japanese to foreign students and wrote this book for her fellow native Japanese speakers. Through 21 short chapters, she invites her reader to rediscover the Japanese language and let oneself be amazed by patterns that natives usually take for granted. Here is how she concludes her book:

First of all, I appreciated greatly the structure of the book. Each of the 21 chapters can be read independently and will not exceed 10 pages. I read them in order, but you could jump to the topics that appeal to you most (the author sometimes refers to previous chapters, but I still think that they can be read in any order). Being very short, the chapters are pleasant to read and I never felt overwhelmed with information or grammatical details. It also has funny illustrations by ヨシタケシンスケ.

The topics of the book are very wide, the author talks about grammatical particularities, pronunciation, hiragana as well as usages. For example, the chapter “らぬき、れたす、さいれ” is about the tendency to omit the ラ in the formation of the potential form of verbs 一段. Not omitting it would make the verb sound like the honorific form. However, it can lead to confusion, with over scrupulous people adding an unnecessary ラ to the potential form of 五段 verbs. I found this chapter to be one of the most interesting and instructive, but I read each chapter with great interest, often smiling to myself or nodding vigorously, haha!

If you are interested in the Japanese language for itself, and if you like talking about and discover curious facts like the strange transformation of “エロティックな” and “グロテスクな” into “エロい” and “グロい“… then this book is for you!

I personally think that this book can benefit Japanese learners in many ways. The author wrote this book from her experience of teaching to foreign students. The particularity of the language she scrutinizes are often the ones that puzzled her students (for example, this: “ティッシュ持ってってってったでしょ” for “持って行ってと言ったでしょう”). More than once, she spoke of things that I myself had to struggle with, learning Japanese on my own.

Rather than saying that I learnt new grammatical forms thanks to her book, I would say that I understood better the ones I already knew. There are a lot of things that I wish I had known when I was studying basic grammar. For example, the chapter on the concept of ウチ vs ソト was very instructive.

The author also refers to English and shows how puzzling English can be for Japanese, as much as Japanese is for English-speakers. Somehow, through her examples, I ended up thinking that Japanese was not that difficult after all and that English can sometimes be much more puzzling!

I personally didn’t struggle too much to read the chapters of this book, but some were more difficult than others. The style of the author is pleasant and it is easy to follow her explanations. Although the book is written for Japanese, there are always ample explanations that allow a non-native to understand everything. It requires, however, to know well the basic grammar, as several topics are about the potential/causative form, the transitive vs intransitive verbs, and so on. To really enjoy reading the book, I think that having a good understanding of all these structures is necessary.

I think that 『日本語びいき』is a book you can return to several times, picking a chapter you might not have understood well the first time and give it another try. This is what I will certainly do!

『日本語びいき』was first published under the title 『日本人の日本語知らず』which I think, was a better title. But certainly, it would have been too close to another great book on Japanese, namely 『日本人の知らない日本語』.

I have discovered 『日本人の知らない日本語』thanks to Kotobites (you will find a more complete description of the book here), and it has been one of my favourite manga at the time. I am thinking now that I should re-read it, as I have made progress since the time I first read it.

Being a manga, 『日本人の知らない日本語』is less intimidating and I would even say, easier to read. It is also funnier in the comical situations it presents. The book focuses on the Japanese teacher and the stressful, funny or puzzling situations her students put her in. These situations are the opportunity to stress particular aspects of the Japanese language that puzzle the students. It is also much about cultural differences, each student struggling with different things given their original country.

In『日本語びいき』, the author sometimes evokes similar situation with her students, but it is not the main topic of the book. The book focuses on the Japanese language itself and is much more focused on grammatical patterns than 『日本人の知らない日本語』. In such, it is a more challenging book, but nothing too difficult either.

The contents and the style of both books are very different, but I personally enjoyed reading both and heartily recommend them!

『日本語びいき』helped me to understand better some grammar points that I had merely memorised when I started learning Japanese. I liked how the author sometimes links linguistic particularities to the characteristics of the Japanese society or underlines the regularity of some grammatical patterns. While I don’t want to blame the grammar textbooks I have used to learn Japanese, I wish I had had a teacher like Yumi SHIMIZU! 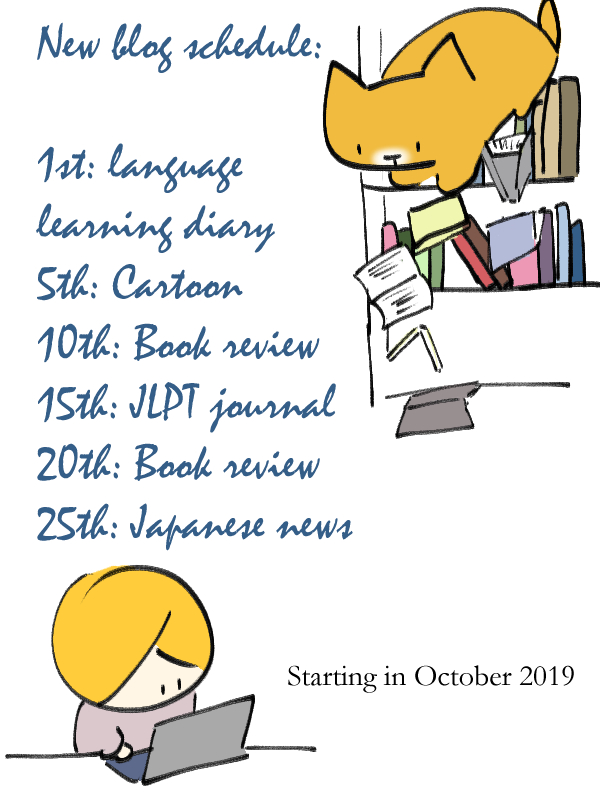