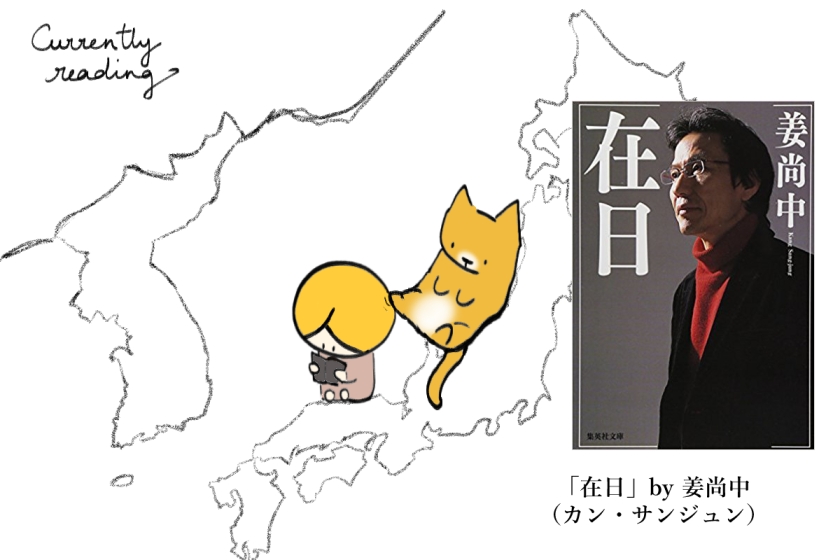 I am deviating a little from my “reading challenge list for 2018” with 「在日」by Kang Sang-jung. As I am currently living in Korea, I took an interest in the relationship between Korea and Japan. So when I saw this book in a bookshop of Seoul the other day, I just had to buy it. 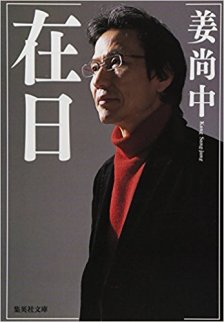 This title caught my eye because of another book that I still haven’t read but which covers, I think, the same subject: Pachinko by Min Jin Lee.

I have been telling myself that I should read Pachinko since I read Akylina saying so many good things about it on the literary sisters’ blog. I still haven’t got around to it yet, because I have a huge list of books I want to read in English… But when I saw 「在日」, I thought it could be a way to dig into the subject while waiting for the good time to read Pachinko.

What immediately drew my attention is the name of the author: 姜尚中 (Kang Sang-jung). This means that the author is using his Korean name and the back cover confirms that he abandoned his Japanese name for his Korea one. I didn’t know it when I bought his book, but Kang is a political scientist and seems to be well known in Japan (at least in his field).

The book is an autobiographic narrative that includes a reflexion on the 在日 or  在日韓国・朝鮮人（ざいにちかんこく・ちょうせんじん）. This term refers to Koreans who immigrated to Japan before World War II when Korea was under Japanese rule, and their descendants.

Kang Sang-jung tells the story of his parents, filling it with historical facts and his own memories. He writes a beautiful homage to his deceased mother in the prologue and says that this book is the story his mother would surely have wanted to write, had she been able to “「オモニが字ば知っとったら、いろんなもんば書いて残しとくとばってんね」”. (オモニ is the Korean word for “mother” and “mom”, and ば means を in 熊本弁・くまもとべん. The ending ばってん is also from Kumamoto dialect). Kang concludes his prologue with:

I have just started the book yet, but I can already say that Kang’s narrative is gripping right from the beginning. If it were not so difficult to read in Japanese, I would have finished it already.

As far as I can say, three aspects are intertwined, at least in the first pages that I have read: Kang’s memories as a child; the story of his parents; and finally, the more general story of the 在日.

I like how the book is filled with anecdotes that Kang recalls from his past and that anchors his story in the realm of directly felt and lived experience. But it also contains historical explanations that give the book a more academic interest. In other words, the book links together historical facts and political decisions to how the people concerned received them and had they dealt with them. In such, it is a priceless testimony.

As for the Japanese level, it is too high for me to read comfortably but not so high that it is discouraging. It is not something I can read when I am tired or not fully concentrated. But if I really commit to the text and use the dictionary, I can make my way through it, slowly but without the temptation to give up.

I am glad that I am reading a book that is both engrossing and informative. I am learning a lot of things through Kang’s narrative that I didn’t know of (for example, how a lot of Koreans in Japan who originated from the South ended up “returning home” to North Korea after the Korean War).

I think that I will read Pachinko by Min Jin Lee as soon as I finish 「在日」. It will certainly be interesting to make the autobiographic narrative and the novel echo with each other.

Further readings: an interesting interview with Kang Sang-jung on Japan Times (in English).